Due to unscheduled maintenance to optimize and further improve the performance of our servers, access to the PowerFolder cloud this Friday will be limited. We apologize for any inconvenience. 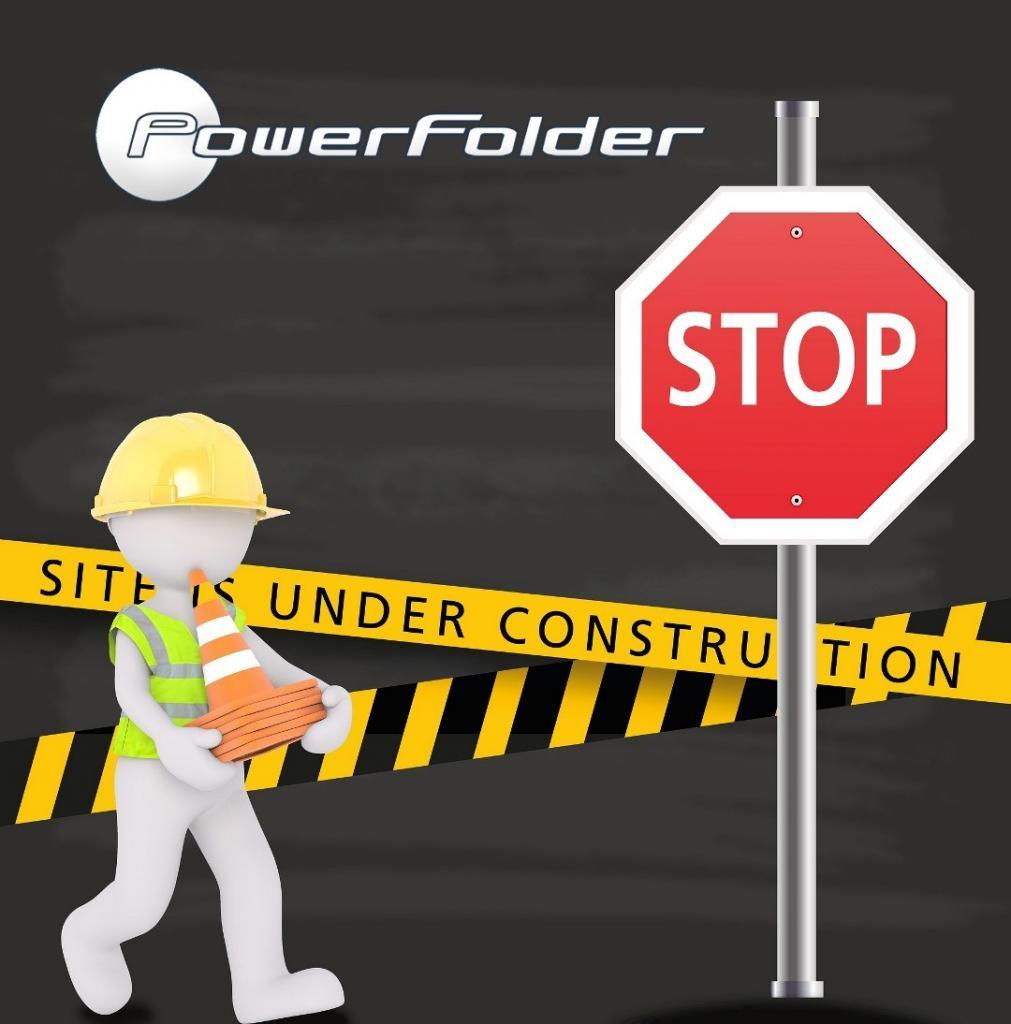 Work on the Space.Cloud.Unit (SCU) project is progressing rapidly. At the end of last year, the team had started to build the world’s first blockchain-based marketplace for cloud storage, which will be funded through an ICO. On October 1st, the public pre-sale will start. Of course, the SCU managers are already thinking ahead and are therefore looking for additional developers and other cloud service partners in order to be able to also maintain the high impact rate in the planning, development and implementation of the SCU project in the future.

Duesseldorf, 25.09.2018 – The idea for Space.Cloud.Unit was born in 2017, in a small group, in the head office of dal33t GmbH, a company that, with its File Sync & Share solution “PowerFolder”, has been providing a proven product for over ten years. The idea for Space.Cloud.Unit was roughly sketched, checked for its feasibility and approved. More than 20 additional employees were gradually brought in to implement the project – crypto specialists, blockchain specialists, marketing artists, smart contract designers, ICO connoisseurs, IT lawyers, financial jugglers and many more. The implementation and help of such experienced companies as Blockchain Solutions, Kloepfel Digital or the […]

In the course of the announced step-by-step rollout of Version 14 of the File Sync & Share solution PowerFolder, the new web interface of PowerFolder – which operates under the picturesque name “Picasso” – has gone online. PowerFolder users benefit from an increase in speed and comfort and many other new features.

One of the most important new features of PowerFolder version 14 is the complete redesign of the web portal called “Picasso”. Not only does it look much more responsive and modern, it also brings more speed and comfort – and a lot of new features and enhancements. For example, the responsive design ensures that Picasso’s graphic design adapts perfectly to the requirements of each device. A multi-select functionality has also been integrated: File operations such as “Copy”, “Cut” or “Paste” can then be executed on multiple files or file folders. Finally, for admins and resellers, Picasso offers a new overview page: The dashboard provides all important information at a glance, such as the licenses issued, the memory used, the utilization of the servers or the connected devices. The pre-release version of Picasso for on-premise customers is expected to be released by the end of August.

With the PowerFolder version 11.6.711, among other things, a small security issue has been resolved. Users are therefore asked to install the latest version of PowerFolder. All further information about the version 11.6.711 can be found here.

Due to unscheduled maintenance on our servers, access to some folders of the PowerFolder cloud may be temporarily limited. We apologize for any inconvenience. From Tuesday morning at 9:00 clock the affected node should then be available again. 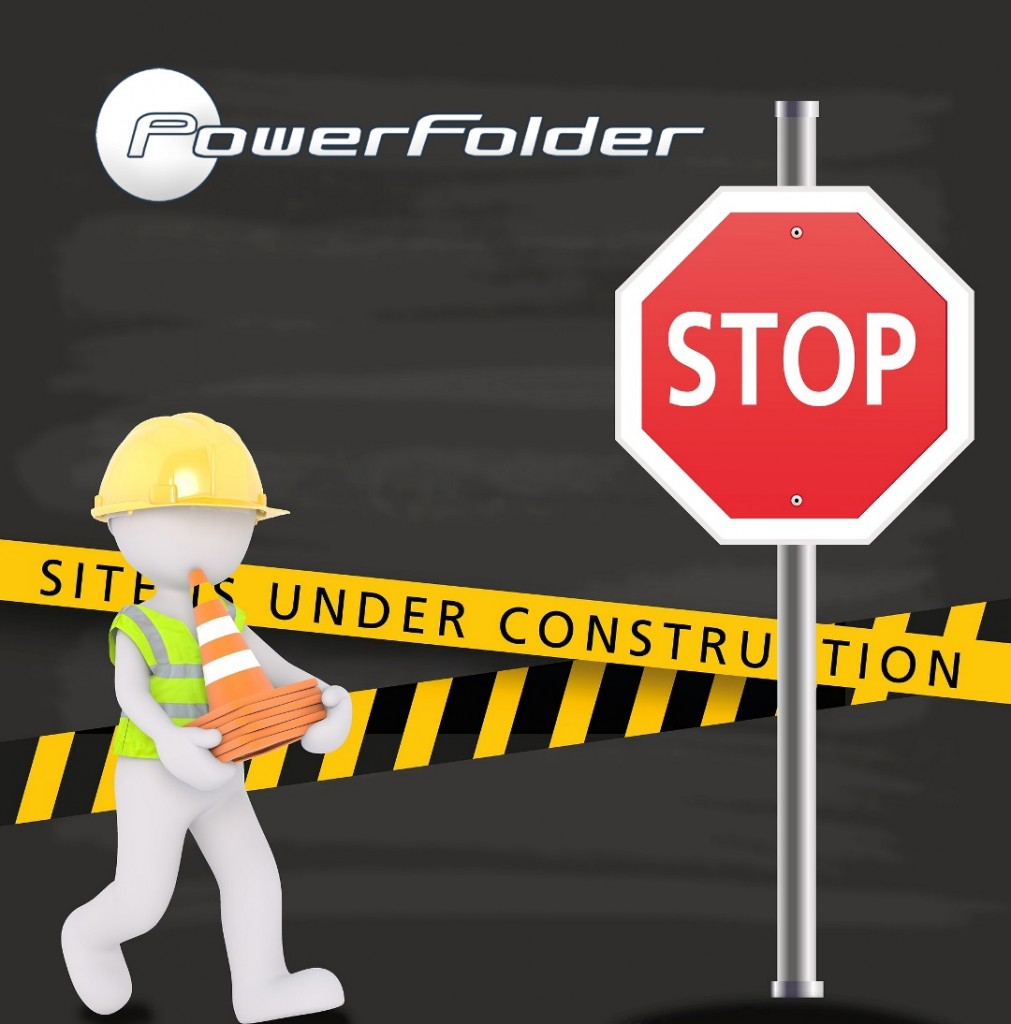 Because of the migration of the PowerFolder Cloud to new, more powerful server at the data center operator Hetzner Online from Nuremberg a little fine tuning is necessary. So today it can once again occasionally come to short-term restrictions on the accessibility of the cloud. We apologize for any inconvenience.

PowerFolder: Moving to new servers and extension to IPv6

Due to the strong increase in user numbers in recent years, Düsseldorf-based dal33t GmbH, developer of the File Sync & Share solution PowerFolder, has now begun with the move of the PowerFolder cloud to new, larger server at data center operator Hetzner Online from Nuremberg. With the near doubling of storage capacity and the faster processors of the new servers, the PowerFolder cloud is well prepared for the future. As a result of the move – which will be completed by May 25 – there may be short-term cloud accessibility issues; but these will only take a few minutes each.

For a long time, the basis for any data exchange and communication on the Internet was the Internet Protocol “IPv4”. In purely mathematical terms, this means that four billion Internet addresses can be allocated – which seemed to be sufficient just over 30 years ago, when this standard was developed. In the meantime, however, the pool of addresses has been completely used up, […]

Birmingham extends ahead with PowerFolder

Although the University of Birmingham (UoB) contract for the File Sync & Share solution PowerFolder of Düsseldorfer dal33t GmbH expires at the end of 2018, the British university decided to extend it early.

Düsseldorf/Birmingham 11.05.2018 – One cannot express their satisfaction with a product better: The University of Birmingham has already extended the contract with dal33t GmbH for the use of PowerFolder, which was previously due to expire at the end of the year 2018, well before the end of its term. Aslam Ghumra of the University’s Research Data Management said, “The developers at PowerFolder have listened to us and helped us with our concerns and ideas, even after our commissioning of PowerFolder at our high-performance data centre.” Christian Sprajc, CEO of dal33t GmbH, the company behind PowerFolder, added, “In the University of Birmingham, I am pleased to have such a long-established university as a customer and I am delighted that we will continue our productive and innovative cooperation well into the future.”

In the summer of 2016, PowerFolder was chosen because it guarantees a tailor-made, competitive solution that integrated easily with the university’s own system. The secure and uncomplicated, flexible collaboration of researchers within the university and with their national […]

Space.Cloud.Unit: PowerFolder is revolutionizing the cloud market with Blockchain!

Space.Cloud.Unit (SCU) is the next evolution in the cloud space market. With the world’s first cloud building kit, users can assemble their cloud according to their own wishes and needs. The blockchain project is being developed by File Sync & Share specialist dal33t, developers of the tried-and-tested PowerFolder solution.

Dusseldorf. April 19, 2018 – Anyone who currently uses storage space in the cloud almost always has to make compromises. Sometimes a part of the memory space remains unused, the contract is too long or there are services included that are not needed, but still have to be paid for – simply because they belong to the package. “You just can’t please everyone”, say the providers. Oh, really?

Yes, you can! With “Space.Cloud.Unit” (SCU) users can soon build their ideal, individually tailored cloud service, without having to sign up to inflexible bundled deals and to bind to a provider in the long term. Space.Cloud.Unit allows users to only pay for what they really need in terms of storage space, contract length, services and security standards – and not a single penny more. SCU will then make a first major step towards decentralisation of the previously rigid cloud market.

Dal33t GmbH, developer of the proven file sync and share solution PowerFolder, and Dell EMC to cooperate in the areas of public authorities, healthcare, research and education.

Dusseldorf, March 20, 2018 – Due to increased demand for collaboration tools and proven solutions for the secure exchange of files and documents, dal33t / PowerFolder and Dell EMC have entered into a distribution partnership. The aim is to jointly offer future-proof, automated IT solutions for data storage and data transfer. The partnership will initially be limited to Germany and is aimed primarily at federal and state authorities, local authorities, as well as organisations in the healthcare, research, teaching and education sectors.

With dal33t / PowerFolder, Dell EMC has chosen the leading provider of file sync and share solutions for research and education in the German market. In addition to thousands of private sector companies, PowerFolder users include more than 100 German universities across six federal states, research institutes such as the German Cancer Research Center or the Helmholtz Center for Infection Research, as well as various state agencies. One of the key benefits of PowerFolder is that the solution meets the stringent requirements of German and European data protection laws. dal33t / PowerFolder and […]