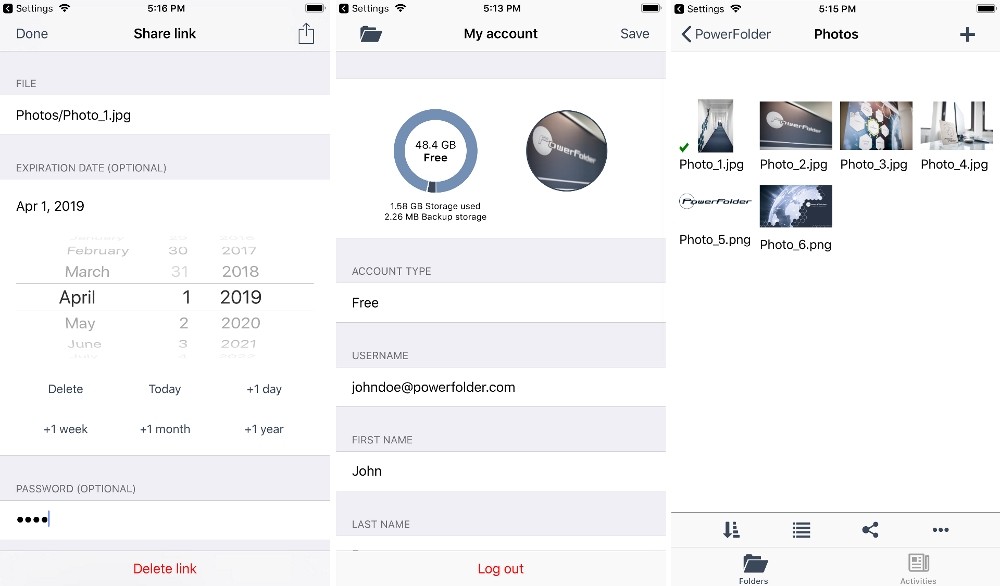 What immediately catches the eye is the completely revised and redesigned interface with its appealing, clear layout. This not only looks much better, but also ensures a faster, uncomplicated workflow. For example, images can now also be viewed in advance in a gallery view, additional users can be invited to folders that have been released for this purpose both via the iOS and the server address book, and the user’s own account can now also be edited just as easily on the move; whether changing the user name, managing the linked email addresses or providing an overview of the cloud memory used: all this is now also possible on the move without any problems.

The focus is on the data

But above all, the handling of stored data has also become much more convenient – and offers far more possibilities. Files can now also be moved, renamed or copied on the mobile device – and can of course also be used in offline mode. In addition, files can be searched directly on the server and then displayed, so that a possible complete download is no longer necessary. Another useful new feature is “Smartsync”: Once downloaded files remain on the mobile device, they are automatically synchronized and updated the next time the user logs in, without the other files being downloaded from the same directory; this saves time, storage space on the mobile device and data volume. Such a Smartsync also works at the directory level.

Finally, file links can now be generated, sent and shared as in the desktop version and protected by a password or expiration date. The link sender can check how often a file has already been downloaded and how often the link has been used. In addition, an overview shows which links already exist and have been shared.

Integrated into the iOS version 14.3 was also the innovative D2D Connect, a feature developed by PowerFolder together with the ” Working Group for Technology of Social Networks ” of the Institute for Informatics of the Heinrich-Heine-Universität Düsseldorf. D2D Connect enables data to be sent directly from device to device (“D2D”), via WLAN, WLAN adhoc or Bluetooth, after users have logged in and identified themselves via the server. For example, employees of a company can securely exchange data at trade fairs, even if the network there is overloaded or information is passed on by aid organizations in the event of a disaster or in areas with inadequate network coverage.